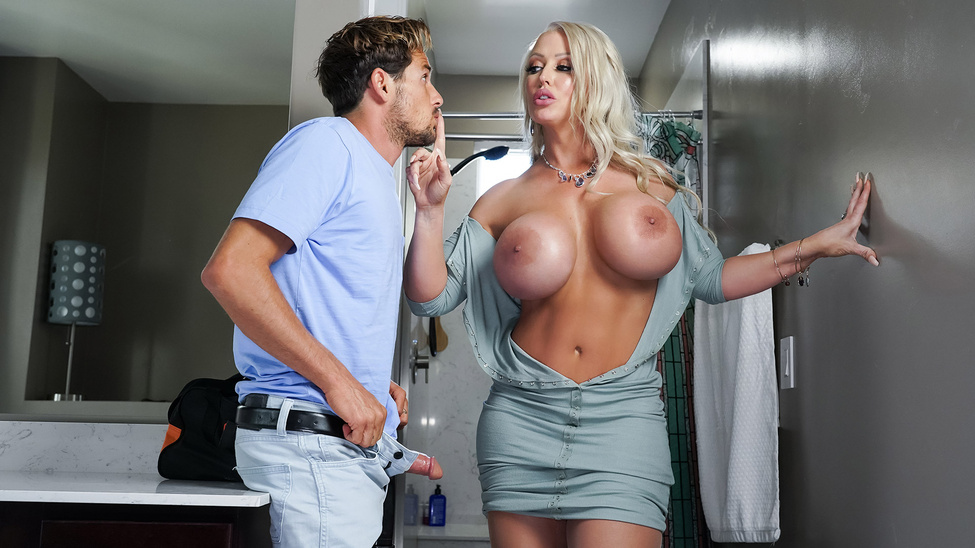 Tyler Nixon is an apprentice plumber, but thanks to his boss being overloaded with contracts, he’s been sent out on his own to Alura Jenson (a.k.a. Alura TNT Jenson)’s house. However, as soon as Tyler arrives, Alura makes it her clear intention to seduce him, but with her amateur handyman husband constantly lurking and offering bogus repair advice, Tyler is forced to juggle far more than he bargained for. Alura, though, is an expert at distracting her husband, so she makes sure Tyler completes his tasks, even though his cock is rock-hard and also satisfying her. With all the pipes in working order, Tyler can finally attend to Alura’s extensive needs. (Video duration: 33 min)